Cyprus is renowned for its biodiversity. Wild lavender, wild rosemary, eucalyptus and another 1900 types of plants constitute the country’s flora and make the Cypriot wildflower honey so very rich in aroma and flavour. As unique and complex as the land which has given birth to it, it is harvested in the months of May and August from the Cypriot countryside and the habitats of the Troodos Mountains. 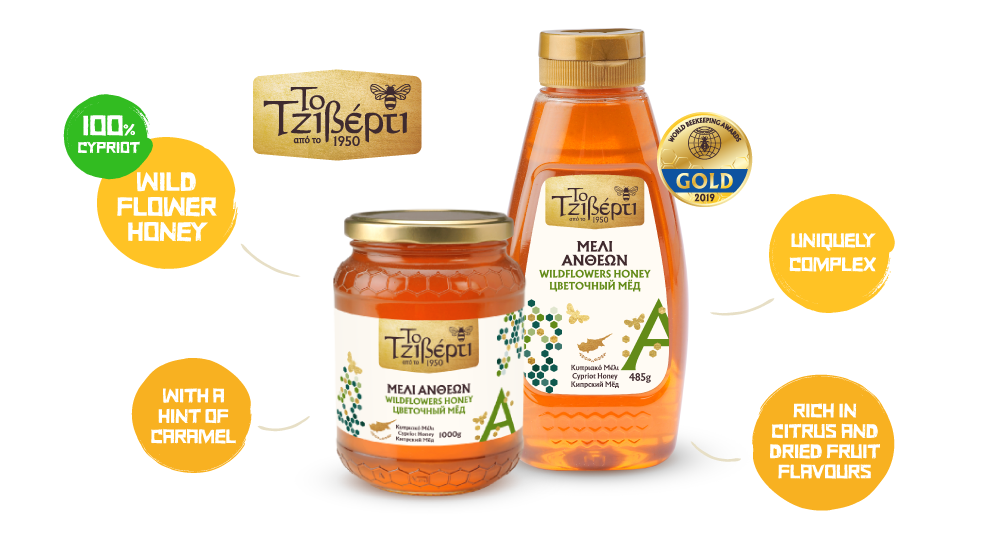 This is the pride of Cyprus, with its strong aroma and full bodied taste. The dry climate which characterises the island in the summer months and the thyme which grows in the hilly regions provides for this rare honey. Intensely aromatic just like Cyprus Throubi, it is collected during August on the rocky slopes of the mountainous areas of Larnaca and Limassol. 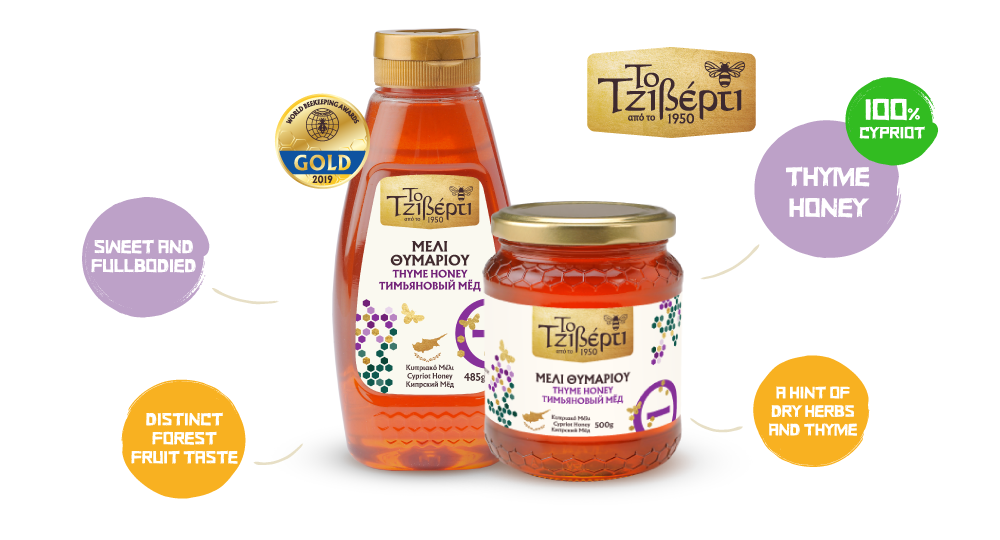 Pollen is the male reproductive cells of the seed plants (Spermatophyta), i.e. their semen. As the bee collects pollen from the blooms, it transfers pollen grains from the anthers to the pistil, resulting in the fertilisations of the flower and the creation of the fruit. This process is called pollination and is the bee’s greatest gift to man. Bees feed on honey and pollen. Honey is the source of hydrocarbons, while pollen is the source of proteins and other basic nutrients for the bees. In particular, pollen contains proteins and free amino acids, minerals and trace elements, with potassium, magnesium and calcium being the most important, as well as vitamins Β, C and Ε. Pollen exhibits antioxidant activity since it contains amounts of flavonoids and phenolics. 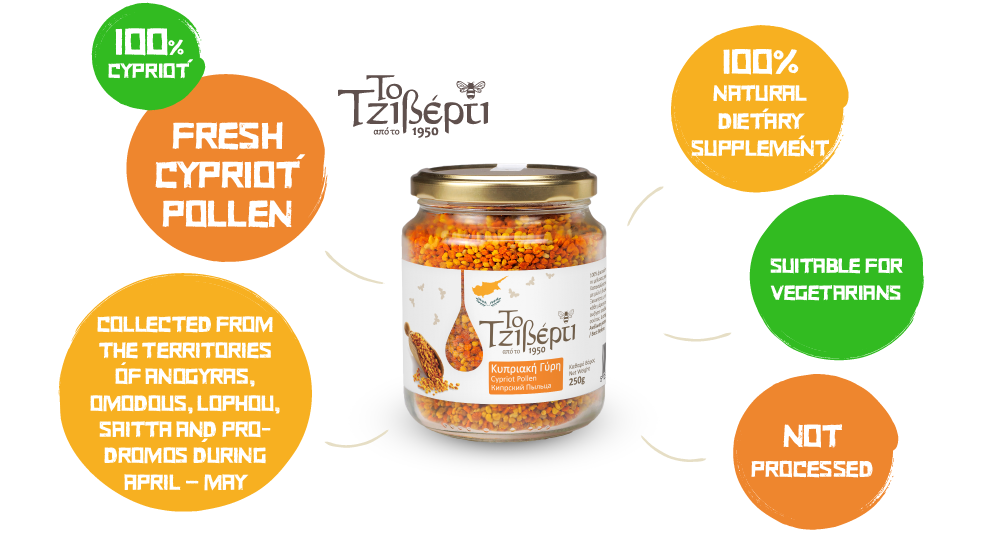 The Medieval word ‘Tzivertin’ exists in Lefkada as ‘Kiverti’, in the Epirus region as ‘Kouverti’ and in Southern Italy as ‘Civerti’. It originates from the Arabic ‘Kauwarta’ which means hive. We chose to give this name to our products as a way of honouring our family’s beekeeping traditions.

The etymology of the word by Kostas Karapotosoglou can be found in the ‘Etymological Cypriot Studies’ dictionary.